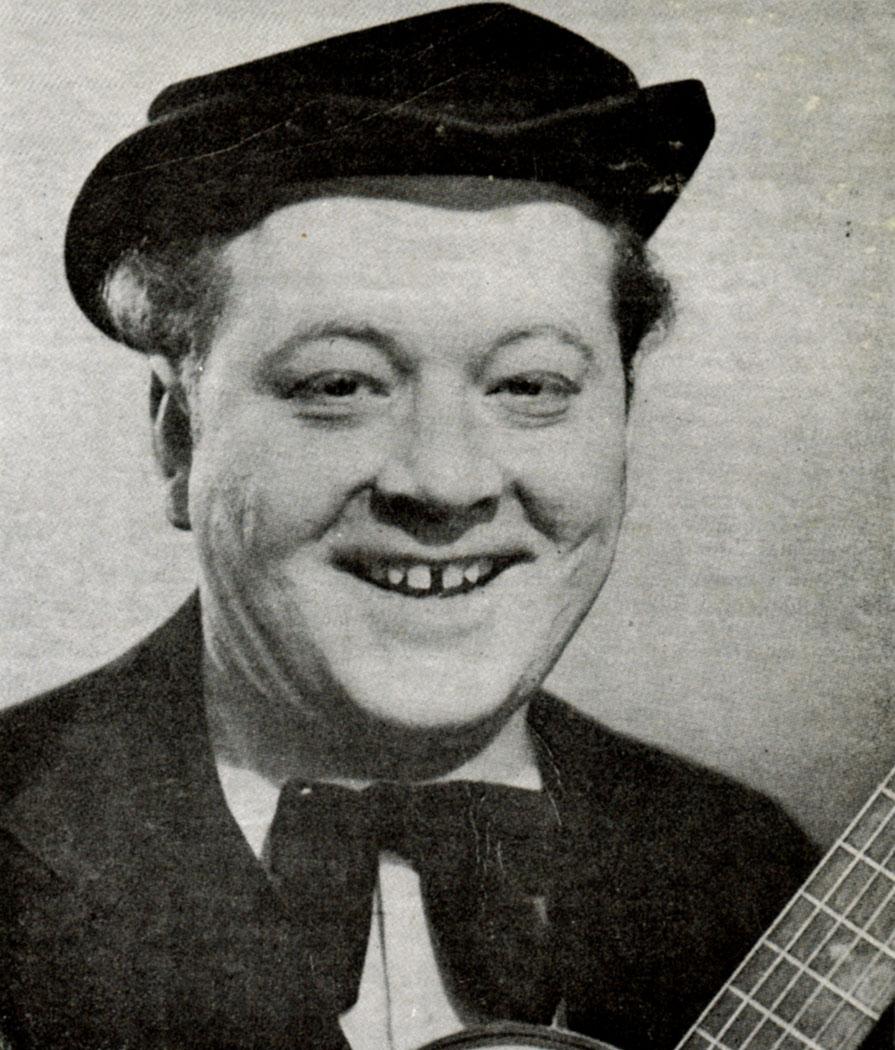 COLYN DAVIES has been singing and acting since 1943 when he toured England as a chorister in the musical comedy The Count of Luxemburg. Prior to his interest in ballad reciting and singing, he worked as an actor in various repertory theatre companies for several years. Included among the plays in which he performed were Strindberg's The Father, Shaw's Man and Superman, and various Shakespearian plays, including Hamlet, Macbeth, and The Merchant of Venice. In 1947, after having spent several months in bed with a bad case of pleurisy, he turned to reciting and singing ballads as a sideline to acting. In order to spend as much free time as he could at the British Museum, mulling over their vast collection of ballads, he took odd jobs to pay his living expenses. When he had learned a sufficient number of ballads, from both printed and oral sources, he began to perform them in cabarets, theatre clubs, and at parties. During the winter of 1950-51, he performed at various clubs in Paris, including "Frisco's", "Bar Vert", and "L'Abbaye". He then returned to London to continue the search for more music hall ballads. He has since performed on TV, given performances for troops, worked as Entertainment Director for the USAF in West Draylon, England, appeared at the "Players Theatre", "Torch Theatre Club", "Irving Theatre" and in several British films. Though his main source for material has been the British Museum, he has not neglected oral tradition. Of this, he writes "Swapping old songs is giving gold for gold. I try to give as good as I get."

The English music hall is an institution for mass entertainment of long standing, yet, to my knowledge, ot the many thousands of albums of all forms of musical entertainment, this is the first attempt at recording a representative sampling of music hall material. It is difficult to understand the reason for such an omission for the music hall is not an archaic institution, but is a still living tradition. To be sure, music hall entertainment has undergone vast changes in the more than 100 years since its inception. The English music hall of today is not unlike the burlesque show (but with far less emphasis on sex), or the vaudeville program of the American stage. Perhaps only 30 per cent of the entertainment is musical or poetic, whereas the 19th century and early 20th century music hall program might contain as much as 70 or 80 percent of such material. This album is an attempt to familiarize the record-buying public with typical songs and recitations performed in the English music halls of the latter part of the last century and the beginning of this century.

The first music hall, as such, was built in 1848. The great popularity of this theatre, The Canterbury Music Hall, soon led to the building of new variety theatres, and ultimately to the boom of the sixties. By 1870, London was able to boast of more than 20 such music halls. This boom led to a tremendous demand for entertainers. Singers and comedians of the old assembly rooms were joined by converts from the "legitimate stage", the concert hall, the fair-ground and the public houses. Still there was a shortage and it became necessary to draw increasingly upon the talent of native Londoners, in this way, the London music hall became primarily a place of entertainment for Cockneys, performed largely by Cockneys. Cockney entertainment was not, however, restricted to London, but soon became the vogue in music halls which sprang up in large urban communities all over Britain, and from thence to any and every place the Britisher settled — America, Australia, and other parts of the British Commonwealth of nations.

Only a few of the selections in this album are performed in authentic Cockney dialect, but all are typical English music hall numbers. These songs and recitations are truly examples of urban English folklore. Children and adults sing them and recite them when they are most at ease — in their homes, on the streets, or at the local pub. And street "buskers" have performed many of these same numbers before lines of Britishers queued to make purchases or waiting to buy tickets outside some theatre. These songs form part of a vital tradition which no amount of schoolmaster criticism or modern snobbery have exorcised from British folk culture. In them are found the elements of satire, humor and sentiment which people the world over have enjoyed for centuries.